The final results and award winners for the 2018 Zone Ax series are complete. There were several classes that had more than one driver in the running for first so I decided to award a few more second place awards.  Attached are the final results with the award winners indicated. It was a fantastic season.

In the ladies PAX competition, newcomer, Corrin Vanetti, Diablo Region, ran away from her competition to take the ladies PAX championship followed by Stacey O’Connell (LPR). Had Stacey participated in a few more events I think the outcome would have been much closer. Congratulations to Corrin and Stacey!

In the men’s competition, 2017 PAX champion Himanshu Patel, GGR, held a commanding lead through the first 7 events and seemed likely to repeat his performance from 2017. Not to be outdone, Andrew Blyholder, GGR, opened the afterburners for the last 3 events of the season to narrowly defeat Himanshu in one of the closest PAX competitions in several years.

In the Zone Class competition, we saw more drivers competing in most every Zone class but only a few drivers meeting the necessary 5 event minimum to qualify for year end awards. In the  competitive P11 class, Philip Snowdon, MB, was the class leader through event  #6 having competed in each event. At that point it looked like Phil was the odds on favorite to win the class. Not to be out gunned, Doug Brekke, Redwood, came on strong during the last 3 events to secure the P11 class win.

In P16, Derek Boyd, GGR, outpaced the competition while attending all nine events to secure first place followed by Alan Booth, SVR,  who finished in second just 23 points behind. Had Alan not made some modifications to his Boxster after event #2, it might have been a closer match-up. Congratulations to Derek for a great season.

Last season’s most competitive class competition was among two drivers competing in M05 between Ed Hunter, GGR, and Dave Dunwoodie, LPR. In fact after 5 events it ended up in a tie. I expected the competition to be no less fierce for bragging rights for the 2018 season. Finishing very strong at the end of the season, Ed Hunter took the closely watched contest to take the title by just 8 points over Dave Dunwoodie. Dave did not compete in the last two events which may have changed the dynamics of the competition.

In S07, Himanshu Patel crushed the competition and took his second class win in S07. Ed Racer kept Himanshu in his sights for most of the season but could not overtake Himanshu in any of the head to head events. Congratulations to both drivers for a great season.

The annual awards banquet will be held on November 10th at La Tapatia restaurant in Concord (1802 Willow Pass Road) at 6:00pm. Please register on Motorsportreg.com at the link below so that Sandy can get a head count. Deadline for registration is November 6th. 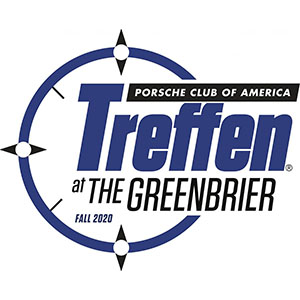