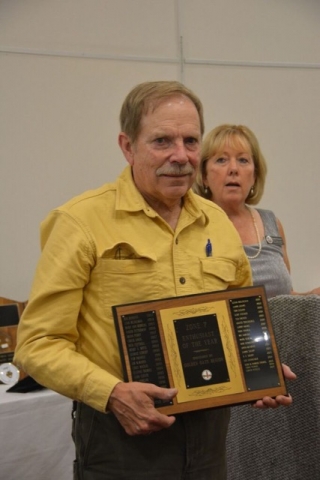 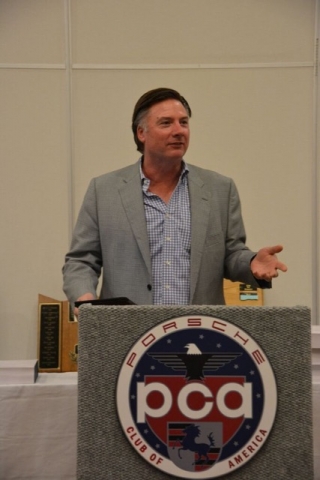 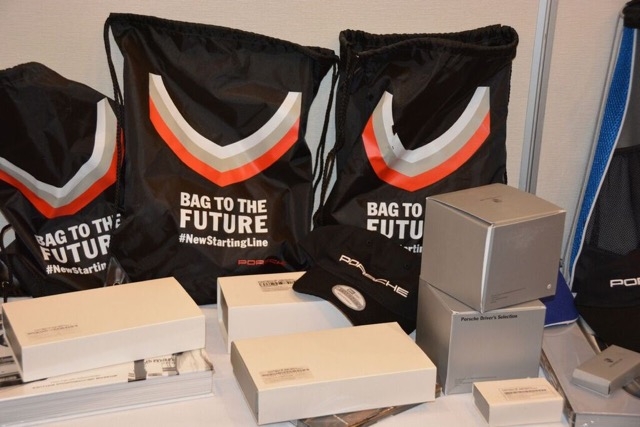 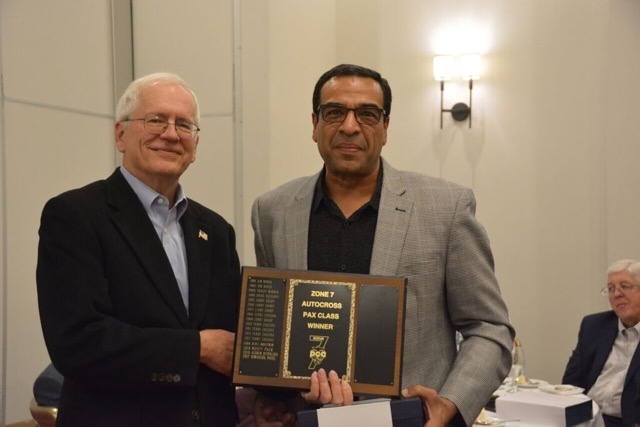 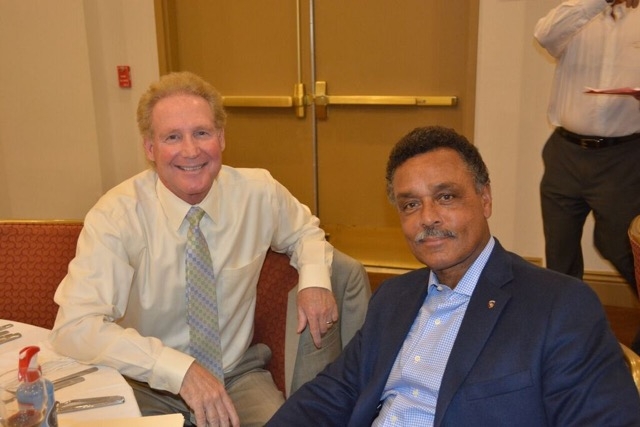 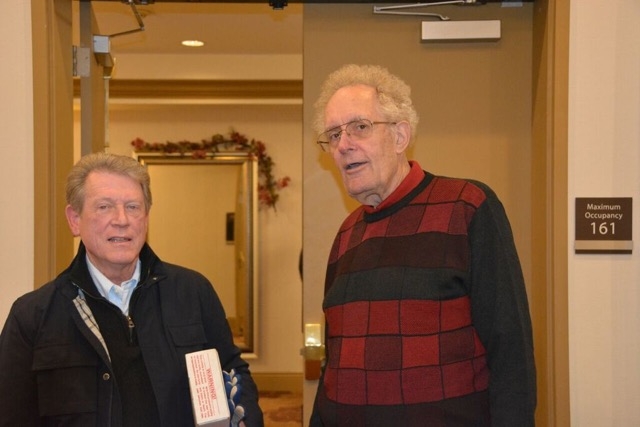 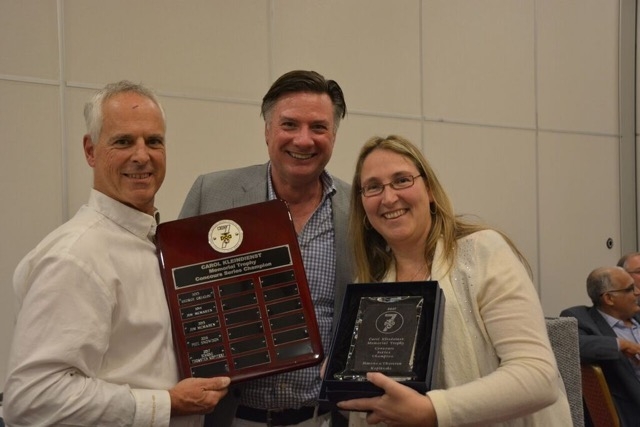 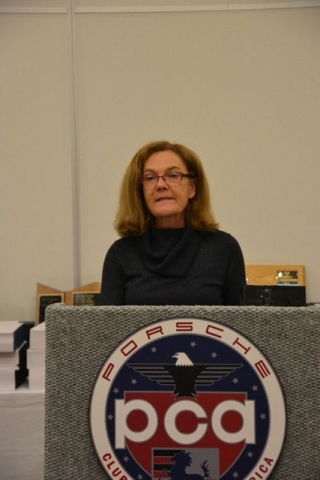 On November 11, the 2017 Awards Banquet for Zone 7 was held in Fairfield. There were 24 Autocross trophies awarded along with 15 Concours trophies. Each year there are some special Zone 7 awards, which are given out. Please see the Zone 7 website for all the winners. Below are some of the special awards of the evening.

Vern Thomas, Zone 7 Autocross Chair for 2017, presented the awards. PAX is an Autocross award, which is a calculated to even out the differences in older and newer Porsches. For the PAX Factor, please refer to the Autocross Rules on the Zone 7 website A-10.5. This years Men’s winner was Himanshu Patel driving a 2014 Cayman S.

The women top PAX was Anita Benzing driving a modified 914 from Redwood Region.

Also awarded was the Tenacity Award that went to Tosh Yumae, for the second year, driving a 2014 GT3. At a young 80 years, Tosh drives about 30 events a year including GGR, SVR, LPR and RR.

John D’Angelo is the Zone 7 Concours Chair and he presented the awards for the evening. Concours has a few more special awards to present. The Rookie of the Year award went to Bob Hilton from Diablo Region showing his desert red ’77 930. High Score went to Simone and Thorsten Kopitzki with 959.8 points out of 960! They were showing their 2014 911 Carrera in agate gray from Redwood Region.

The Spirit of the Concours was awarded to a long time Concours entrant who is always on hand to help at the events, Steve Lefczick, showing a 2003 996 Silver Turbo. We hope to see more Porsches out next year in the Wash and Shine class.

Zone 7 also gave out some special Zone awards. This year Shasta Region worked hard to get a Zone 7 Tour off the ground and was awarded the Zone 7 Event of the Year. Shasta hosted the Zone 7 Tri Region tour through Redwood Region, Shasta Region and Sacramento Valley Region with a four-day event for 60 cars. Way to go for our smallest region within Zone 7.

Zone 7 also has an Enthusiast of the Year award. The recipient this year was Craig Steele from Redwood Region. Craig has been in PCA since 2008, first with a Red 911 Cabriolet and more recently with a Cayman. Craig is the Redwood Region President and has been seen volunteering all over the Zone and at Parades over the past few years. Craig is very positive with helping Redwood Region come out strong after the recent fires. Craig was one of the PCA members who lost his home and Cayman to the Santa Rosa fire. He is in the market for another Cayman.

I would also like to thank all the door prize donors. Griots Garage, Pelican Parts, Porsche Cars North America (PCNA) and Werks Reunion. They were all very generous and supportive of Zone 7. Thanks again for all the goodies.

Do you want to join PCA? Great, we'd love to have you join us. Membership applications are on-line. You can choose to join any of our regions, or if you do not designate your preference, one will be assigned to you based on the zip code in which you reside. We hope to see you soon!